I’m pleased to welcome historical author Tom Williams to talk about his books. And soon, “’tis the season to be jolly”, as they say, and if you’re looking for a gift do consider books – a series of historical novels for your history buff – inexpensive and impressive – what more can you ask for? 🙂

Christmas is coming and already the Sunday newspapers are full of supplements about the books that you could give as Christmas gifts.

As somebody published by a smaller press – Endeavour Media – I’m very aware that my books aren’t about to feature in The Sunday Times, but Jennifer Macaire has kindly offered me a showcase almost as good as that newspaper by letting me talk about my books on her blog.

There are six books altogether, three about the Napoleonic-era spy James Burke, and three rather more serious ones set in the mid-19th century at the high watermark of Empire. I’d love to talk about them all, but I’ve chosen just one – my favourite, Cawnpore.

Although Cawnpore is the second of my books to be narrated by the fictional John Williamson, everything I have written stands alone, so you can enjoy it even if you haven’t read any of the others.

Cawnpore is a story about the Indian Mutiny (or First Indian War of Independence). When I wrote it, I thought everybody would understand that it was going to be a tragedy because when I was a child we were still taught about Cawnpore (now called Kanpur) at school. It was one of the most famous massacres of the British Empire – by which I mean a massacre in which local people were killing the British, rather than the other way about. It turns out that nowadays people are blissfully unaware of the implications of the title, so some of them seem to have been taken aback when, essentially, everybody dies. That may be a spoiler, but the way things work out in the book was never intended to be a surprise. The story is closely based on an actual historical event and “everybody dies” is what this historical event was all about.

What intrigued me about Cawnpore was that the horror seems to have arisen from the structural problems of colonialism. The British at Cawnpore were not generally bad people and the leaders of the Mutiny were not, by and large, the monsters that they were later represented as. The events that led to slaughter on a horrific scale, carried out across India by both Indians and Europeans, seem to have been the inevitable result of a clash of cultures. Certainly the British did exploit India economically, but Indian rulers had exploited their populations for centuries without rousing the people to revolt. When the British had first arrived in India, they had shown a lot of respect for native customs and culture, but, over time, muscular Christianity and the growing self-confidence of the British in their natural “right to rule” led to increasing contempt for the Indian way of life. Even what the British saw as positive steps, such as the banning of suttee (widow burning), were resented when they showed contempt for ancient customs.

I invented John Williamson because I needed a narrator for my first book, The White Rajah. The real White Rajah, James Brooke, had an interpreter called John Williamson so I stole the name and job and then invented a character who was close to James Brooke and could tell us his story. When I wanted to set a novel in the Indian Mutiny, Williamsonseemed the ideal person to tell this story. Although he was part of the machinery of Empire, he was himself an outsider. He was a  homosexual with working class origins and he was never going to be truly comfortable with the men who ruled India. In fact, his only true friend was an Indian, a prince in the court of Nana Sahib, the man who would eventually lead the Indians at the massacre of Cawnpore. Williamson therefore sees both sides of the conflict, sympathising with each in turn, desperate to stop the killing but, in the end, doomed to see the tragedy unfold without being able to prevent the atrocities of Indians and Europeans. 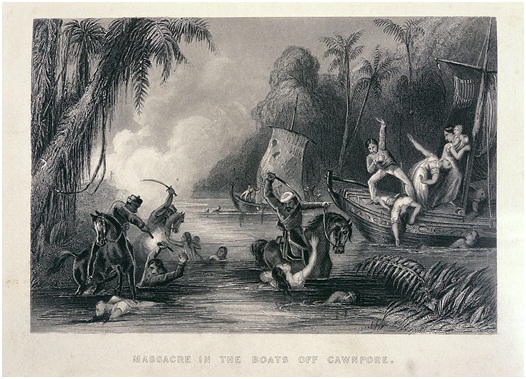 It’s not a cheerful book. Most of the characters are real people and the events follow very closely on the historical facts, but the story really centres on Williamson. We see India and the events of the Mutiny through his eyes and I felt I grew to know him. It’s also an amazing story, for which I can take very little credit, because the story is the one history wrote for me. The Indian Mutiny was a war where the personalities of individual leaders made a huge difference to the outcome. People decided their loyalties based as much on their evaluation of the personal worth of the protagonists as on race or creed. It was a time of deeds of great military valour and courage and, on both sides, a time of appalling cruelty and mass killings. It was, indeed, a clash of civilisations. It ended the rule of the East India Company, which had run India as a private fiefdom, and initiated the period of Imperial rule and the Raj. It also, though no one could have known it at the time, started India on the road to eventual independence and the end of the princely states. It is one of the great stories of the 19th century and, with Cawnpore I’ve tried to capture something of that story.

I hope you read it. Let me know what you think.

Cawnpore is available in paperback or as an e-book. The paperback is a ridiculously cheap £5.99, putting it at stocking-filler prices when it comes to Christmas gifts.

The paperback has a different (and rather lovely) cover in the US, where it is distributed by Simon & Schuster. 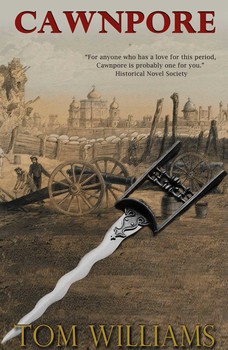 I blog, mainly about history but other things too – like tango . Have a look at http://tomwilliamsauthor.co.uk/blog/

If you want to contact me directly, you can email me at tom@tomwilliamsauthor.co.uk